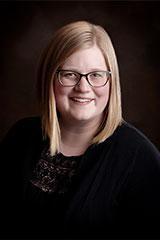 Eve N. Grelle is a licensed Doctor of Optometry. She received her Bachelor of Science from Purdue University in 2012 and her optometry degree from Indiana University in 2016. She continued her training by completing a residency in ocular disease at the Dayton VA Medical Center in June 2017.